What are the Most Common Causes of a Toothache? 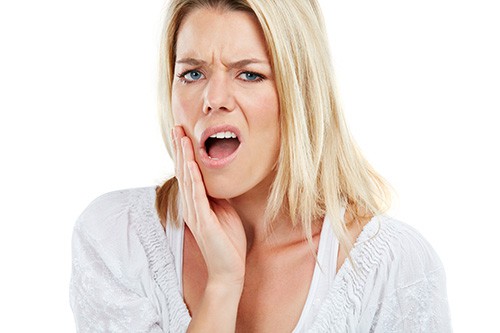 A severe toothache is one of the worst pains imaginable whose common cause is tooth decay – although the decay itself isn’t necessarily painful in its early stages. You could have a relatively small cavity and not feel a thing. Once the decay eats through the outer enamel coating and the layer of dentin underneath to the nerve, however, the pain is inescapable.

The bacteria creates a gas that cases pressure, swelling and pain, making even the most dental phobic want to run to the dentist for help.

When this happens, your best option is a root canal. First, the dentist will prescribe antibiotics to tackle the infection. He or she will then replace the nerve with a substance the body will accept. It may be necessary to put a dental crown on the tooth to prevent further breakage. (If it’s a tricky case, or you are medically compromised, the dentist may refer you to an endodontist, or root canal specialist.) In the worst case, if the infection has gone too far, you may have no choice but to have the tooth extracted.

That’s why preventative care is so important. You should floss and brush your teeth twice a day, generally in the morning or before bedtime. Regular visits to the dentist will help ensure your cleaning regimen is working and luckily these simple procedures are covered by most dental plans and insurance plans. The dentist can also spot and treat any early decay before it spreads too far.

Another common cause of toothaches is a cracked tooth, which may be the result of an injury or bruxism (grinding your teeth). When the hard outer tissue of the tooth is cracked, chewing can cause the pieces to move, irritating the soft pulp inside. When biting pressure is released, the crack can close quickly, resulting in a momentary, sharp pain. Your tooth may also be sensitive to extreme temperatures. Cracks also allow bacteria to enter the pulp, so eventually the nerve becomes infected, and then your tooth hurts all the time.

A tooth that hasn’t broken through the gums and becomes impacted can also be extremely painful, dislocating neighboring teeth and causing the gums to swell. It’s not uncommon for wisdom teeth, which don’t erupt until the late teens or early 20s, to become impacted if there isn’t enough room in the mouth. About 85 percent of wisdom teeth will eventually have to be removed, according to information posted on American Association of Oral and Maxillofacial Surgeons.

The source of your toothache isn’t necessarily dental, however. The pain can come from another part of your body. Sinus infections, viral infections such as shingles, nerve-related diseases such as trigeminal neuralgia, and even heart disease can translate into pain in a particular tooth.