Drug Abuse and What it Does to Our Teeth 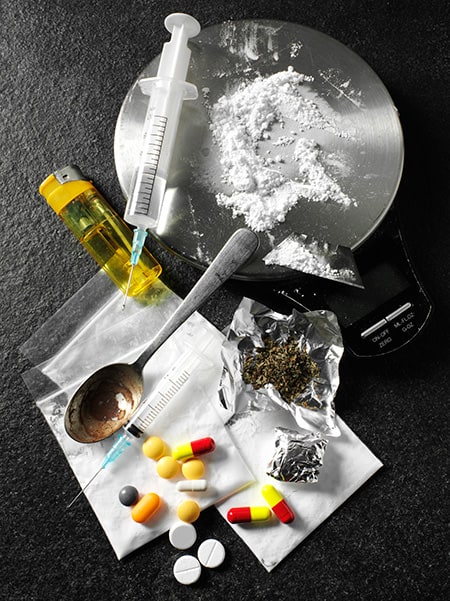 Many of us have been taught not to eat candy or drink sugary soda because of what that will do to our teeth. However, people widely suffer from the affects of drug abuse on our teeth. “Meth mouth” is not a new phenomenon, but has grown widely in recent years, according to a New York Times report. “Grisly Effect of One Drug: ‘Meth Mouth’” calls attention to the effects of methamphetamine that causes irreversible damage that causes teeth to decay if not fall out. Pictures of meth mouth are especially hard to look at—little block stubs, misshaped gums, exposed root, and so forth. Many meth users end up in a dentist chair with all their roots exposed; this leaves just one option for the dentist—to pull out what remains.

Drug Abuse and Tooth Decay:
Let’s face the facts: the use of prescription and illegal drugs causes tooth decay. You don’t have to be a Meth addict to have rotten teeth. Those who use or abuse over-the-counter drugs such as aspirin, asthma meds or syrups can see effects such as tooth enamel damage, acid dissolving the teeth and tooth decay because of the high sugar content in some drugs.

[Better Health Channel] The more is the sugar content in the drug, bigger are the teeth problems. Apart from the sugary drugs some of the over-the-counter and prescription drugs which cause dry mouth also tend to tooth decay. Such drugs creates an imbalance in the bacteria in our mouth which in result allow acid producing bacteria to dominate our mouth, consequently causing tooth decay. Generally people who use the illegal drugs persistently are more prone to tooth decay and the reason behind this is that such people yearn for sugar. With more severe drug abuse you will attain blackened teeth, teeth falling apart or rotting teeth.  In most of the cases, the teeth could not be saved and have to be extracted.

Drugs that affect our teeth:

Love drugs – This falls in the category of a club drug such as speed or ecstasy. Such drugs result in severe tooth decay, jaw-clenching and dry mouth. Love drug users may feel nauseous after consumption and may suffer tooth abrasion.

Heroin – These drugs affect teeth indirectly. Actually these drugs rouse a carving for sugary items such as candies and soft drinks, which are harmful to teeth.

Methamphetamine – The use of methamphetamine often causes dry mouth, sweating and diarrhea. Similar to the heroin, this drug also arouses a sugar carving in users. Apart from this all the methamphetamine drugs are extremely acidic drug that is very detrimental to our teeth enamel.

Cocaine – Cocaine has very lethal effects on our body and on our teeth. Tooth decay is prominent with the drug because cocaine users rub coke on their teeth causing direct erosion of the gums and teeth. Cocaine also causes dry mouth and exposure to decay-causing bacteria.

In a nutshell we can say that the above mentioned drugs are hazardous to our physical and mental health but also to our dental health. The symptoms to look for drug abuse effects on teeth are mouth ulcers, tooth decay, gums disease, stained and broken teeth.