Eating Disorders and How They Ruin Teeth 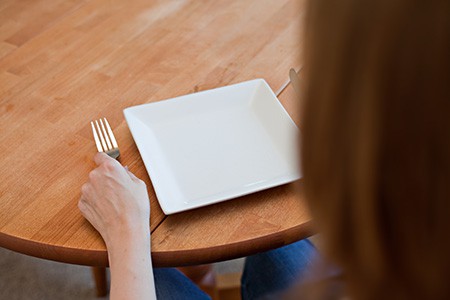 Binging is the act of consuming large quantities of food in a short period of time and is a behavior that is usually accompanied by purging or forced vomiting. Eating binges can take place in bulimics as much as a couple times a day and causes self-disgust each time. It usually follows in vomiting, abuse of laxatives, diuretics or enemas to get rid of the intake of calories. In the United States, five to 10 million women and girls suffer from anorexia and/or bulimia, according to National Organization for Women Foundation statistics. About a million men and boys suffer from bulimia in the U.S. alone, says another statistic from the National Organization.

Eating disorders like anorexia nervosa and bulimia can seriously damage our bodies and our teeth. People suffering with the condition can rupture their esophagus, develop stomach and heart problems, and suffer basic consequences of malnutrition. Many of those who purge suffer from tooth erosion, hyper sensitivity, chronic sore throat, discoloration, gum disease and bad breath (halitosis). Just think of all that you eat and digest to imagine the effects of forcing up stomach acid to your mouth while purging.

It is quite common for rampant decay to affect the teeth of bulimic and anorexic patients, and these widespread cavities often cause ongoing problems that may lead to mass extractions. The problems that arise from eating disorders especially where bulimics binge on high-carbohydrate and high-calorie food and drinks:

The sugar in these foods releases an acidic onslaught on tooth enamel, while also feeding the bacteria that live in hardened plaque.

Purging exposes weakened tooth enamel and exposes tooth cores to stomach acid. This contributes to the decay or loss of existing fillings.

Hence, a person suffering from Bulimia Nervosa long-term will probably need to have dental repair work done frequently and repetitively, especially on the tongue-side of their teeth, which is the side exposed to harsh stomach acid in purging.

Damage to the Soft Tissue in the Mouth

Repeated forced vomiting can also result in severe swelling of both the tonsils and the soft palate in the mouth. Another indication of the Bulimia Nervosa may be a red and swollen tongue or a lacerated palate caused by vomiting induced with frantic fingernails.

Eating disorders are definitely not a minor problem. Those that suffer in that way are in need of urgent professional medical assistance because they may die from their condition. It is equally important that an anorexic or bulimic person explain their circumstances to their dentist (asking them to keep it confidential if they prefer) to ensure appropriate dental treatment. They must also be scrupulous about the way that they care for their teeth and gums. This must include brushing and flossing after every meal and rinsing out their mouth after sugary drinks. They should also visit their dentist as regularly as advised.

The damage that eating disorders cause to teeth are very real, and include tooth enamel erosion, serious decay and gum disease caused by vomiting. An ex-bulimic women that I know well confided to me that in the fifteen years that she had the condition, she underwent three root canal treatments, one extraction, more fillings than she cared to count, plus surgery to remove diseased gum tissue.

If you suspect that you might have an eating disorder (or are dealing with rampant tooth decay), then a trip to the dentist should be high on your list of priorities. By all means, take your time to work through the root causes for your condition – but, for your tooth and gum’s sake, do something about these issues now.