Myths About X-Rays and Your Health 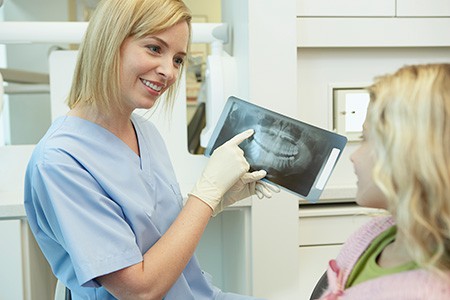 For some reason, people have a slight fear when it comes to visiting the dentist. This is probably due to many reasons, such as the relative pain of teeth cleaning, or the possibility that they will have to take an x-ray of your mouth and you’ll be exposed to radiation. Dentists, however, are well trained in making sure that their patients aren’t in pain, and although a tooth scraping may be accompanied by some strange sounds or sensations, there’s nothing about it that’s actually painful.

As for the second reason, the x-ray radiation, there are actually several popular myths about x-rays and your health that aren’t true in the slightest, whether you’re getting it at the dentist or the doctor. Here’s a few of the most popular ones and why they aren’t true.

The origins of people’s fears about radiation and radiation poisoning come from the documented fact that a nuclear explosion will emit radiation into the air. This radiation has been known to lead to mutations in humans and even to cause death. X-rays do emit a feeble radiation, and that’s where most of these myths came from.

There actually is some truth in the belief that an x-ray will expose a person to radiation, and no radiation is technically good for you. The reality though is that the levels of radiation coming from an x-ray machine are infinitesimal. That means very, very small. The levels are actually too low to cause any damage. No radiation is good, but not all radiation is necessarily harmful, and you certainly won’t be growing a third arm out of your back after your next visit to the dentist.

Another myth is that x-rays are particularly harmful in the dentist’s office because they are taking a picture of your teeth, and as such are extremely close to the head and the brain. Once again, any small amount of radiation emitted by an x-ray machine is too tiny to cause any damage, no matter what part of the body it is. The truth is, doctors need to have an accurate picture of your teeth and your dental alignment to make an informed decision. Without this picture, they would never be able to give you the proper care that you need to stay healthy. Dental work is not solely cosmetic; parts of the mouth connect to every part of the body, and poor dental health can lead to health problems in other areas as well. An x-ray is the best way to get an accurate picture of what is going on in there.

There is a myth about breastfeeding women. An x-ray will have absolutely no effect on the breast milk. In fact, nursing mothers often undergo a host of tests including mammograms and x-rays to determine if they are in a proper state of health.

Having an x-ray test done at the dentist is absolutely no different from any of these other tests. Hopefully this has cleared up some of the myths about x-rays and your health.